The scientific orientation of the High Altitude Research Station Jungfraujoch has changed over the decades. Initially, astronomy and radiation research were the focus; today it’s environmental and climate research. Among other things, information about the state of the atmosphere is in demand. Nowadays, the data measured of most projects at Jungfraujoch are sent directly to the home institutions of the researchers.

In around 50 projects, more than 100 variables are being measured. Along with 30 other observation sites, the High Altitude Research Station Jungfraujoch is part of the global monitoring network Global Atmosphere Watch (GAW), which is under the auspices of the World Meteorological Organization (WMO). Additionally, the Research Station Jungfraujoch acts as a key station in many more global, European or national networks such as Network for the Detection of Atmospheric Composition Change (NDACC), Integrated Carbon Observation Systems (ICOS) etc. 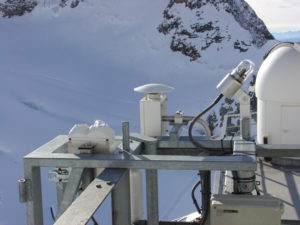 Meteorological measurements and observations were the first fields of research at Jungfraujoch. In fact in 1925 a meteorological pavilion was built on the glacier. Automated data recording and transmission began in 1980 using standardised measuring instruments. The weather station is permanently manned, mainly because the visual weather observations can not be made reliably by instrumental measurements. Therefore, the custodians record their observations as visibility, cloud type and height, as well as precipitation and forward them to MeteoSwiss several times during daytime.

The meteorological measurements at Jungfraujoch – at the meteorological divide between north and south – play an important role in the computer programs of weather forecasts as they show at what speed changes in the weather can occur.

But the data from the Jungfraujoch are not only important for reliable weather forecasts. Long-term meteorological measurements as e.g. temperature and wind also provide an important role in the environmental and climate research. The identified trends are of great importance since the consequences of climate change are particularly pronounced in alpine areas. 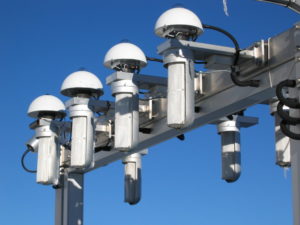 Beside its conventional meteorological measurements, MeteoSwiss has an active program at Jungfraujoch for monitoring solar and atmospheric radiation. Radiation is the driving force in energy exchanges between the atmosphere, the oceans and the ground: the most direct effect of global warming is expected to be an increase of infrared radiation emitted from the atmosphere to the ground. Long-term observation of surface radiation fluxes is consequently an important part of climate change monitoring. The radiation level at Jungfraujoch is extreme, which makes these measurements very interesting. The data are used in studies of the evolution of short-wave (solar) and long-wave (thermal infrared) radiation for seeking evidence of the greenhouse effect in the Alps.

It is evident that radiation measurements at this high altitude are of special interest in the context of the ozone depletion problem; the UV part of the solar spectrum which is harmful on humans can be studied with high precision. 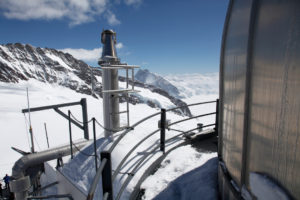 As Jungfraujoch is far above most sources of air pollution, the High Altitude Research Station is particularly suitable for measuring the composition of the atmosphere. Of particular interest is the concentration of the greenhouse gas carbon dioxide (CO2). The University of Heidelberg, for example, has been measuring radiocarbon in atmospheric CO2 continuously since 1986. These reference measurements serve to determine how much CO2 is released into the atmosphere through the burning of fossil fuels. The Oeschger Centre for Climate Change Research at the University of Bern is constantly monitoring the concentrations of CO2 and O2 (oxygen). The researchers use these high-precision measurements in their efforts to determine how man-made CO2 is distributed to the atmosphere, the biosphere and the ocean. Along with the values for about 100 gases that the research institution Empa began measuring in 1972, this new information makes it possible to gain more knowledge on air quality, sources of air pollutants and climate change. The Jungfraujoch is one of the stations in the National Air Pollution Monitoring Network (NABEL) operated by Empa and the Federal Office for the Environment (FOEN). 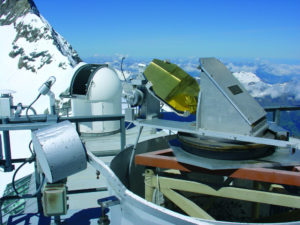 The very dry alpine air at Jungfraujoch is especially suited for various atmospheric studies. For example, the University of Liège (Belgium) specializes in working with high-resolution infrared spectrometers since 1950. As a result the chemical composition of the Earth’s atmosphere can be derived because the various gases present in the path of the sunlight absorb selectively the light while it travels through the atmosphere. Unlike in-situ measurements, these make it possible to determine the so-called column integrated concentrations or vertical profiles. This yields information about the composition of the atmosphere above the Jungfraujoch. Among other things, scientists can track the development of more than 20 atmospheric gases connected with ozone depletion or the greenhouse effect. These measurements are of key importance as a mean of monitoring the Montreal and Kyoto protocols. These international agreements protect the ozone layer and limit the emission of greenhouse gases. 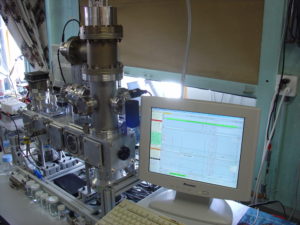 At Jungfraujoch, aerosol measurements have been recorded continuously since the 1990’s. The Paul Scherrer Institute (PSI) and Empa want to gain a better understanding of how the fine suspended particles in the air affect the climate.

Because it’s in the clouds from time to time, the Jungfraujoch is also an ideal place to investigate the interaction between aerosols and clouds. Through the Cloud and Aerosol Characterization Experiment (CLACE), large-scale international research projects are organized that examine how aerosol particles, depending on their physical and chemical properties, change the characteristics of the clouds.

These measurements are supplemented by remote sensing methods. MeteoSwiss has examined the vertical distribution of aerosols, and ETH Zurich has explored the role of aerosols in the formation of ice in high-altitude cirrus clouds.

The Swiss Federal Office of Public Health (FOPH) is operating an automatic air radioactivity monitoring system at the Jungfraujoch research station. This monitor is part of the RADAIR network – a reliable instrument to detect rapidly and automatically any dangerous increase of radioactivity in the air. The detection limit for the artificial beta radioactivity is very low at Jungfraujoch, due to the very low Radon daughter concentration at this altitude.

Two standardized neutron monitors of the worldwide network are in operation at Jungfraujoch by the University of Bern for the monitoring of the secondary cosmic rays in the atmosphere. The observations of the worldwide network are used to determine the variations of the primary cosmic ray flux near Earth and its energy spectrum. The cosmic ray is part of the ionizing radiation at the ground, and its contribution increases with increasing altitude. The radiation dose rate caused by cosmic rays is about 5 µSv/h at a typical flight altitude of 10 km. 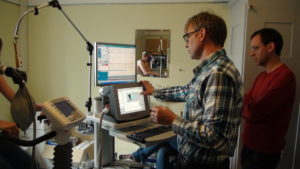 Researchers have long been interested in the effects of a high-altitude stay on the human body. This issue was one of the first to be investigated at the High Altitude Research Station. With its location at about 3’500 meters above sea level, it is ideal for such medical studies. Thanks to the Jungfrau Railways, the station is easily accessible for participants in medical experiments – and especially for those who otherwise are not able to go to this altitude.

Lately, various research groups have looked into how people with various health problems cope with high altitude. Researchers at Bern’s Inselspital for example wanted to know how heart patients handle an altitude above 3’000 meters.

Scientists from the University of Zurich studied how the cardiovascular systems of eight subjects adapted during 28 days spent at the research station. And physicians from the Ludwig Maximilian University in Munich sought correlations between blood gas values and symptoms of acute altitude sickness. 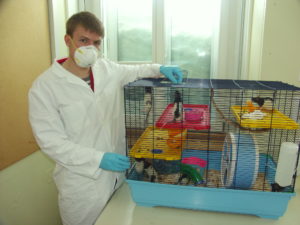 Jungfraujoch also provides biologists with special conditions for experiments and observations with its high altitude and the exposed location on the Alpine arc, where even Saharan dust can accumulate. In a joint project, the University of Bern and the Freie Universität Berlin wanted to find out if microorganisms were transported along with the desert dust. They also investigated how well these tiny organisms, which live in the desert soil and rocks, survived the trip to the high Alps.

In another area, researchers at the universities of Zurich and Fribourg studied the connection between memory disorders and reduced oxygen at high altitude. They observed the behaviour of two groups of Long-Evans rats: one in normal laboratory conditions and the other in cages with an especially stimulating environment. All experiments done on humans and animals are subject to the licensing requirements of the National Advisory Commission on Biomedical Ethics.  Today, researchers look into topics such as how rats deal with memory disorders at high altitude. 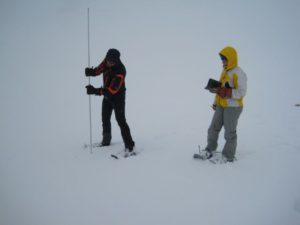 The Great Aletsch Glacier originates at Jungfraujoch and is the longest glacier in the Alps (about 23 km in 2011). The High Altitude Research Station therefore offers an ideal environment for scientific work in snow and ice. Thanks to the excellent infrastructure and the easy access, the Great Aletsch Glacier is one of the most extensively investigated glaciers in the world.

ETH Zurich’s long-term measurements of changes in length, mass balance and volume of the glacier have, among other aspects, documented the advancing climate change.

The exploration of permafrost is also playing an increasingly important role at Jungfraujoch. These activities are summarized by the Swiss Monitoring network PERMOS, which measures the temperature on the surface and within the steep cliffs. The Institute for Snow and Avalanche Research (SLF), Davos-Weissfluhjoch, Switzerland, in collaboration with the University of Bonn is investigating the role of the snow cover on the heat balance and the stability of rock faces. 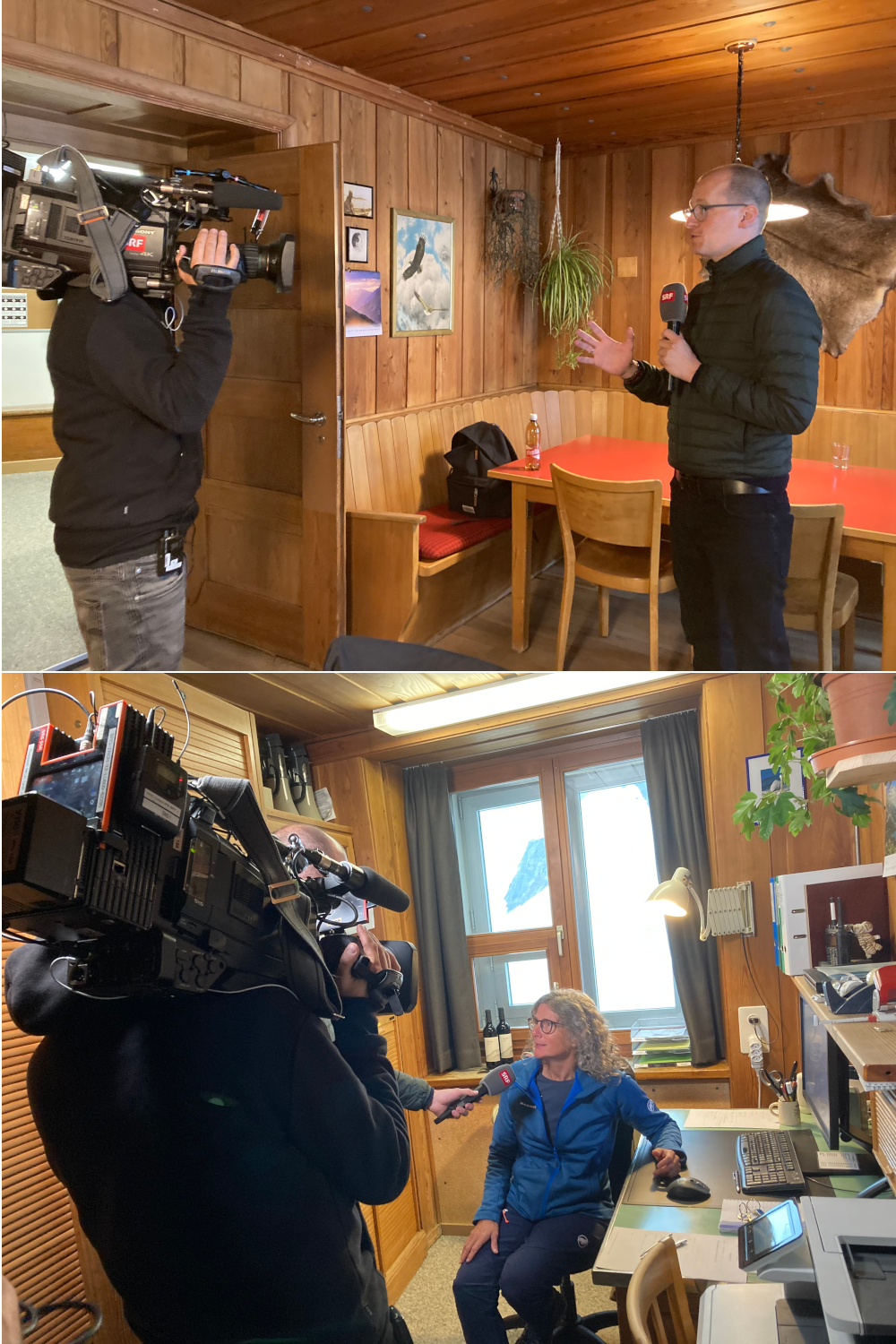