Swiss consortium participates in the European network for CO2-research

The consumption of fossil, carbon-containing fuels is reflected in the increase of the of carbon dioxide (CO2) mixing ratio. The newly established European research infrastructure “Integrated Carbon Observation System (ICOS-ERIC)” produces harmonised, high-precision data for a better understanding of the carbon cycle. The Swiss consortium, consisting of research groups from ETH Zurich, Empa, WSL, MeteoSwiss and the Universities of Basel and Bern, is actively participating in this infrastructure through measurements in Davos as an ecosystem site and at the Jungfraujoch research station as an atmospheric site.

It has been known for decades that the driving for climate change is the consumption of fossil fuels. This is demonstrated by the increase in the atmospheric mixing ratio of the greenhouse gas CO2. Every year, this mixing ratio increases globally by about two units “ppm” (parts per million). In spring 2015, the annual average exceeded 400 ppm. Seasonal variations, caused by the respiration of the biosphere, overlay this long-term trend. Since the natural exchange through the photosynthesis/respiration cycles of the biosphere is about ten times greater than the current human-induced perturbation of this natural carbon cycle, extremely precise measurements are indispensable. Among other things, these data should contribute to a better understanding of the distribution of the greenhouse gas CO2 across the atmosphere, biosphere and ocean and thus enable more accurate estimates for the evolution of the Earth’s climate. 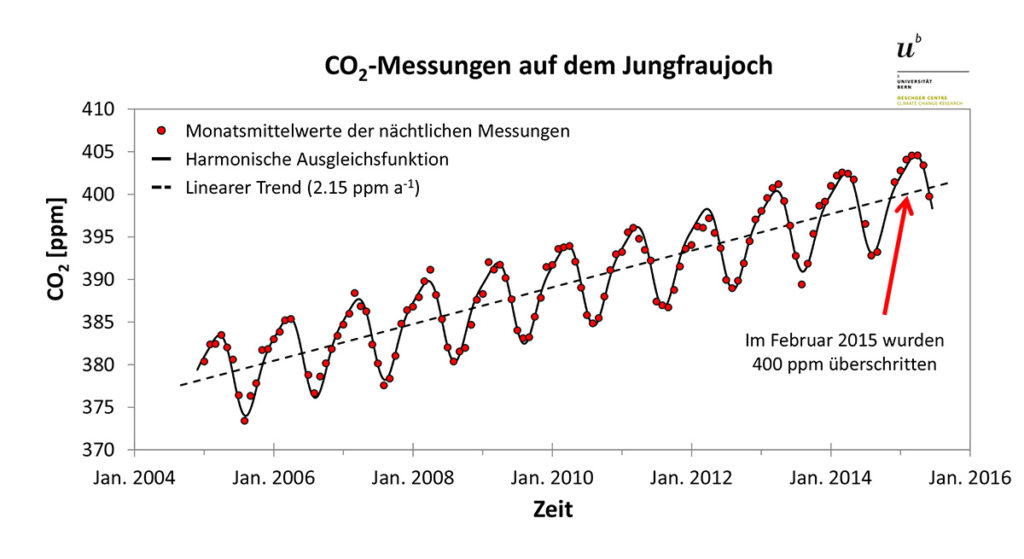 Switzerland as a founding member of ICOS-ERIC

Switzerland is a founding member of the newly created European consortium ICOS-ERIC, in which 9 countries are participating. Within this research infrastructure, high-precision, standardized measurements are carried out at a wide range of locations. As early as 2011, Switzerland with the sub-project ICOS-CH joined the ICOS-RI research infrastructure, which ultimately led to ICOS-ERIC.

Switzerland’s participation includes activities at two locations: Davos as an ecosystem station, where in particular CO2 and H2O exchange fluxes between the biosphere and the atmosphere are recorded, and Jungfraujoch as an atmospheric station, where several greenhouse gas concentration measurements (CO2, CH4, N2O) are carried out. The national effort is coordinated by ETH Zurich with participation of the Swiss Federal Institute for Forest, Snow and Landscape Research (WSL), the Swiss Federal Laboratories for Materials Science and Technology (Empa), the Federal Office of Meteorology and Climatology (MeteoSwiss), and the Universities of Bern and Basel.

Improved understanding of the evolution of the Earth’s climate

Empa measures mixing and isotope ratios of many atmospheric gases. Analyses of CO2, CH4 and N2O are relevant for the ICOS network. Among other things, Empa carries out continuous isotope measurements of CO2 with a laser measuring device that is unique in the world.

The University of Bern contributes to ICOS-CH and thus to ICOS-ERIC in several ways: On the one hand, through its membership in the International Foundation High Altitude Research Stations Jungfraujoch and Gornergrat (HFSJG), which operates the research infrastructure on the Jungfraujoch, and on the other hand, through the involvement of the Department of Climate and Environmental Physics. The Bernese activities include combined, continuous CO2 and O2 (oxygen) determinations on site as well as isotope analyses on weekly air samples from the Jungfraujoch, which are carried out at the University of Bern. 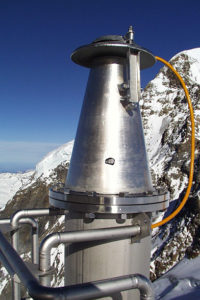 Heated air intake system on the Jungfraujoch, operated by the laboratory for materials science and technology (EMPA).

The purpose of these coordinated, high-precision measurements is to improve our understanding of the carbon cycle, especially with regard to the distribution of the human produced CO2 in the carbon reservoirs atmosphere, biosphere and ocean. This additional knowledge is then used in the models that compute scenarios of the development of the Earth’s climate. 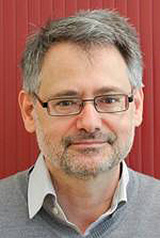 Prof. Dr. Markus Leuenberger is Associate Professor of Experimental Physics, in particular Environmental Physics, at the Physics Institute of the University of Bern and Director of the International Foundation High Altitude Research Stations Jungfraujoch and Gornergrat (HFSJG). His main field of research, palaeoclimatology, is investigated by means of mixing and isotope analyses of diverse chemical components at various archives. The connection of these measurements to today’s conditions led him 15 years ago to start a combined CO2 and O2 time series on the Jungfraujoch. These time series are now part of the Swiss contribution to ICOS. 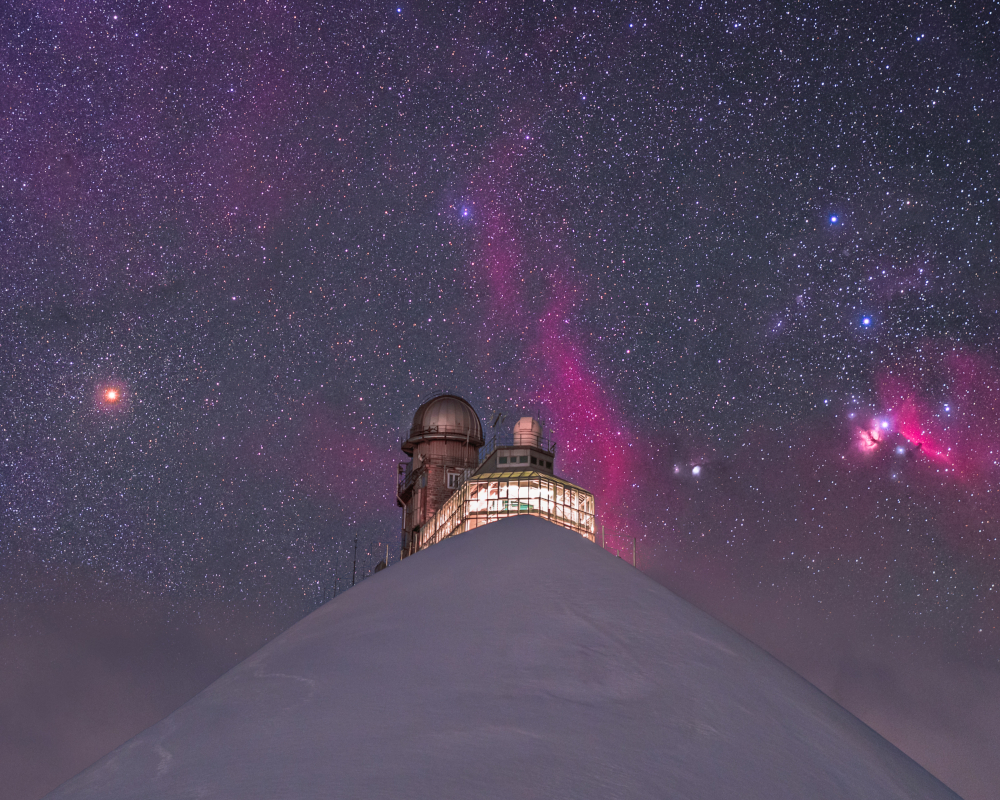