Flight campaign at the Aletsch Glacier

The great Aletsch Glacier is the largest glacier of the Alps being the centerpiece of the Aletsch-Jungfrau region. With a length of over 22 kilometres and a surface of ca. 80 km2, the glacier stores a fifth of Switzerland’s glacier ice volume. As the most extended frozen surface of the Alps, this region is an optimal study site for the potential of aerial photos over ice- and snow-covered areas. At the beginning of September 2021, a team of researchers from the German Aerospace Center (DLR) tested a photogrammetric camera-system for the specific data collection over the Aletsch Glacier. The flight campaign was supported by four colleagues located at the Jungfraujoch research station.

How strong was the mass loss of the Aletsch Glacier during the last few years? How did the snow cover in the Aletsch-Jungfrau region change over the last decades? And how can airborne imagery be used in combination with satellite data for scientific analyses? These and other questions are investigated as part of the DLR-funded project “Polar Monitor” to test different sensor systems for polar and cold regions and to examine the possible effects of a changing cryosphere on society. In particular, changes in snow cover and glacier mass balance have a direct impact on water availability as well as the global radiation budget. 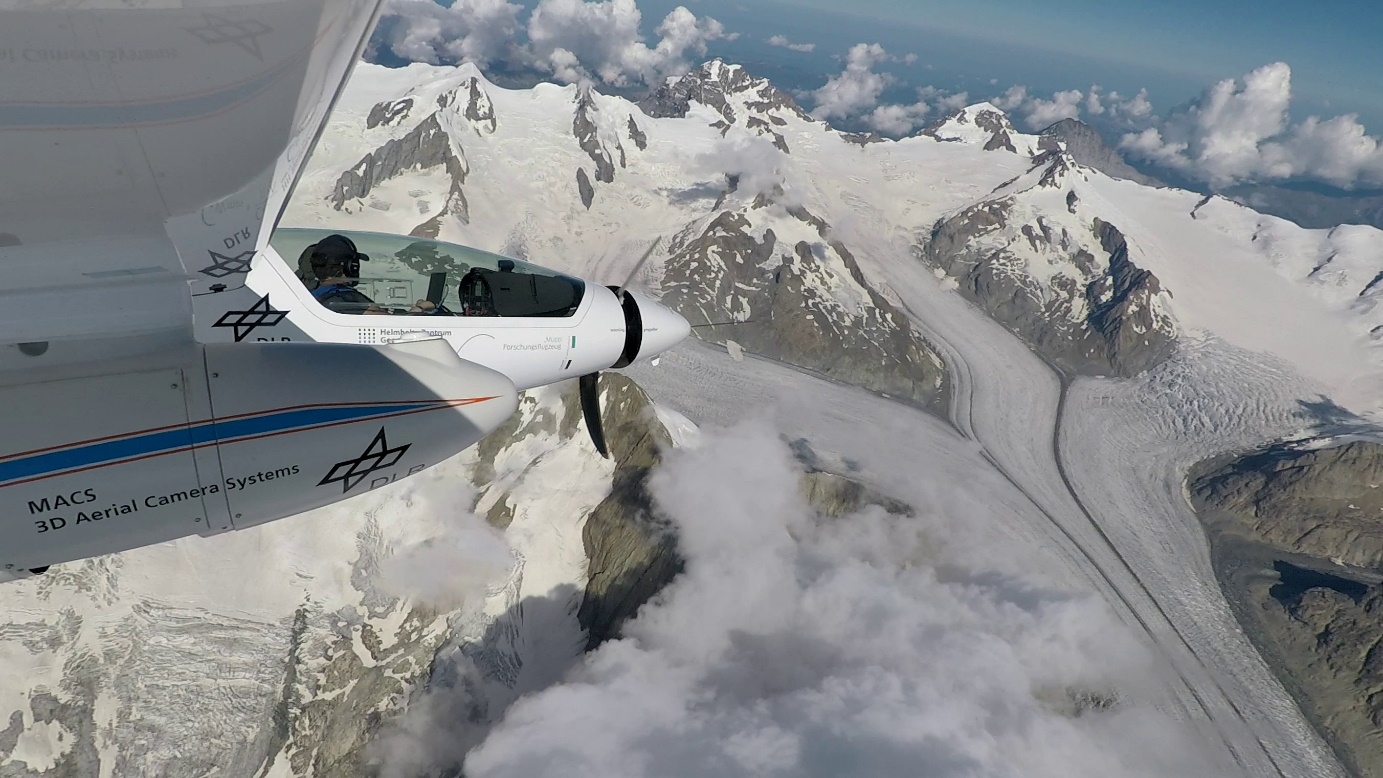 View over the upper part of the Aletsch Glacier from the research aircraft equipped with the MACS camera system. © DLR/Jörg Brauchle

Carrying out the aerial survey 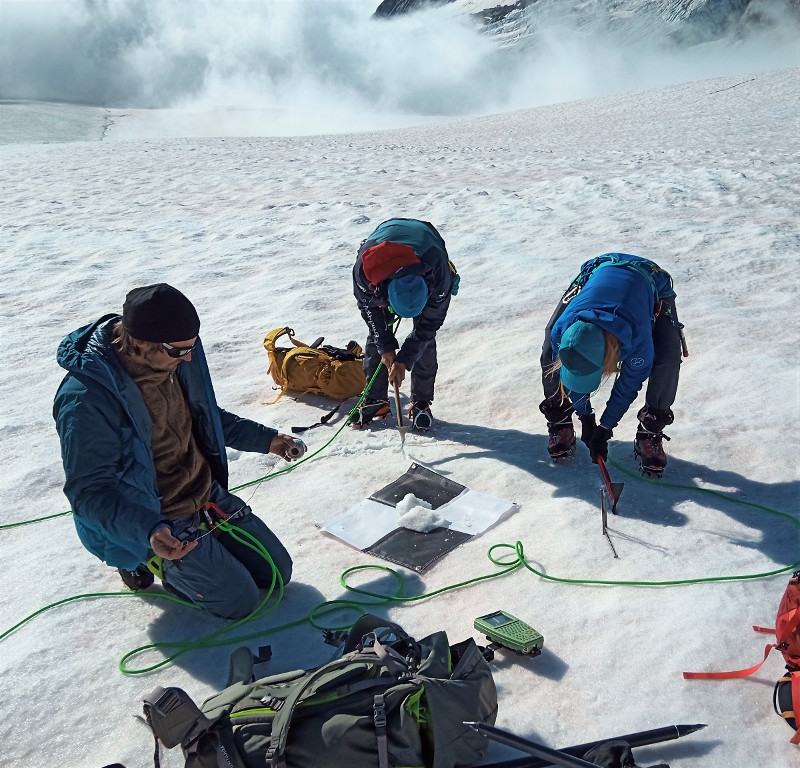 The acquisition of high-resolution imagery over the Aletsch Glacier was carried out with an aerial flight mission. For this purpose, the aerial camera system MACS-PolarMon (Modular Aerial Camera System for Polar Monitoring) was set up at the DLR Institute for Optical Sensor Systems and integrated into a motorised glider. The camera system has four camera heads, two of them are sensitive in the spectral range of the visible light (VIS), one in the near infrared and one in the thermal infrared. The two VIS camera heads are tilted 18° to the left and to the right with respect to the direction of flight in order to capture oblique aerial images. This way, the trough valleys with the partly steep mountain slopes can be recorded perfectly. Aerial photographs with a ground resolution of mostly less than 20 cm per pixel were taken during the approx. two-hour flight which followed a previously planned flight pattern. These images are used to create aerial maps, so-called True Ortho Mosaics, as well as a digital surface model of the Jungfraufirn. In order to be able to precisely locate and validate these data, reference points were determined in addition to the flight using GNSS measurements. Prominent, stationary objects such as building corners or rain gauges are eminently suitable as reference points. Since such points are only available on the upper Jungfraufirn and Konkordiaplatz, additional Ground Control Points (GCP) were deployed on the glacier. Here, the challenge was to fix the black and white GCPs in the ice in such a way that they would not melt out or be blown away by the wind before the flight takes place. In addition, the glacier ice is always in motion and the points had to be measured several times to compensate for the speed of the glacier flow. After deploying the GCPs, several days to weeks pass before the aerial imagery can be taken. Snow-covered reference points, clouds, the authorized flight altitude, the angle of sunlight and many other factors influence the quality of the images. Only when all these basic conditions are met, excellent aerial photographs can be acquired. 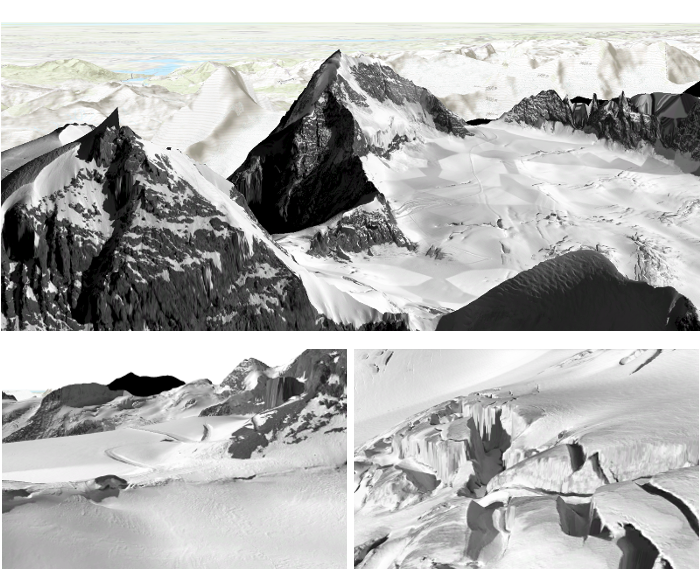 View of the Jungfraujoch (upper), the Rottalhorn (lower left) and crevacess of the Jungfraufirn (lower right) shown in the processed 2,5D Modell derived from NIR aerial imagery. © DLR

The influence of climate change on the Aletsch Glacier

In addition to its importance for tourism, the Aletsch Glacier is also important for the availability of water and the discharge regime of the Rhone and therefore for the hydroelectric energy generated from the river. Without reduction of CO2 emissions, the researchers assume that there will be hardly anything left of the Aletsch Glacier by the end of this century. The DLR researchers hope that the elevation model recorded at the upper Aletsch Glacier will provide information on the current decrease in glacier ice thickness in comparison with existing elevation data. The high-resolution mosaic of aerial images will be used to determine the current snow cover extent and the snow line elevation as well as to validate the Global SnowPack in mountain regions. DLR’s Global SnowPack provides daily information on global snow cover. Thereby, with the help of the very precise aerial imagery and the snow cover measurements taken in the field, the Global SnowPack will be analysed in regard to the accuracy of snow cover extents derived from medium-resolution satellite data in mountain regions. Based on satellite data, time series of changes in snow cover extent and snow line elevation can be created. For example, this information can be used, as the basis for predictions on the future development of snow dynamics in the Aletsch-Jungfrau region.

Along the way on Aletsch Glacier to deploy ground control points. Always on board: The survey rod for the GNSS device. © DLR/ Matthias Geßner

Dr. Andreas Dietz leads the team “Polar and Cold Regions” at DLR and is project manager of the “Polar Monitor” project. Jörg Brauchle is responsible for the flight campaign and the camera system. Dr. Celia Baumhoer organised the ground-based part of the flight campaign and, together with Jonas Köhler, she is responsible for the geoscientific evaluation of the data. Jonas Köhler is a doctoral student at DLR and works on predicting snow line dynamics in the Alps. Matthias Geßner and Dennis Dahlke are geoscientists at the Institute for Optical Sensor Systems and are responsible for recording the reference points and the geometric evaluation of the aerial image data within the project.

Measuring of the helicopter-platform at the Konkordia-lodge as a reference point. © DLR/ Celia Baumhoer 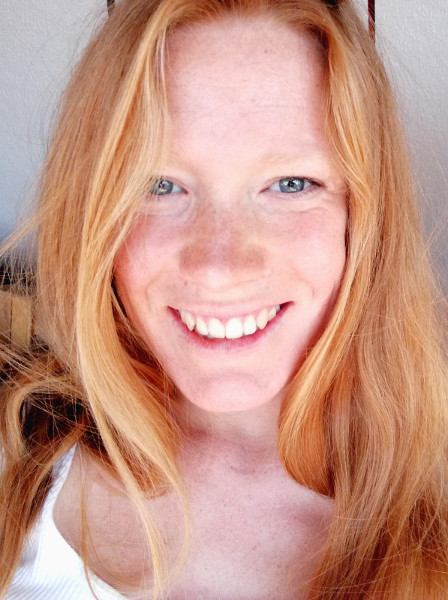 Celia Baumhoer is a postdoctoral researcher at DLR’s Earth Observation Center (EOC) in the Cold and Polar Regions Team. Fascinated by snow and ice, she investigates glacier change and the influence of climate change on glaciers by applying artificial intelligence techniques on earth observation data. In the projects Polar Monitor and AI-CORE (Artificial Intelligence for Cold Regions) she uses remote sensing data to analyse glacier dynamics. 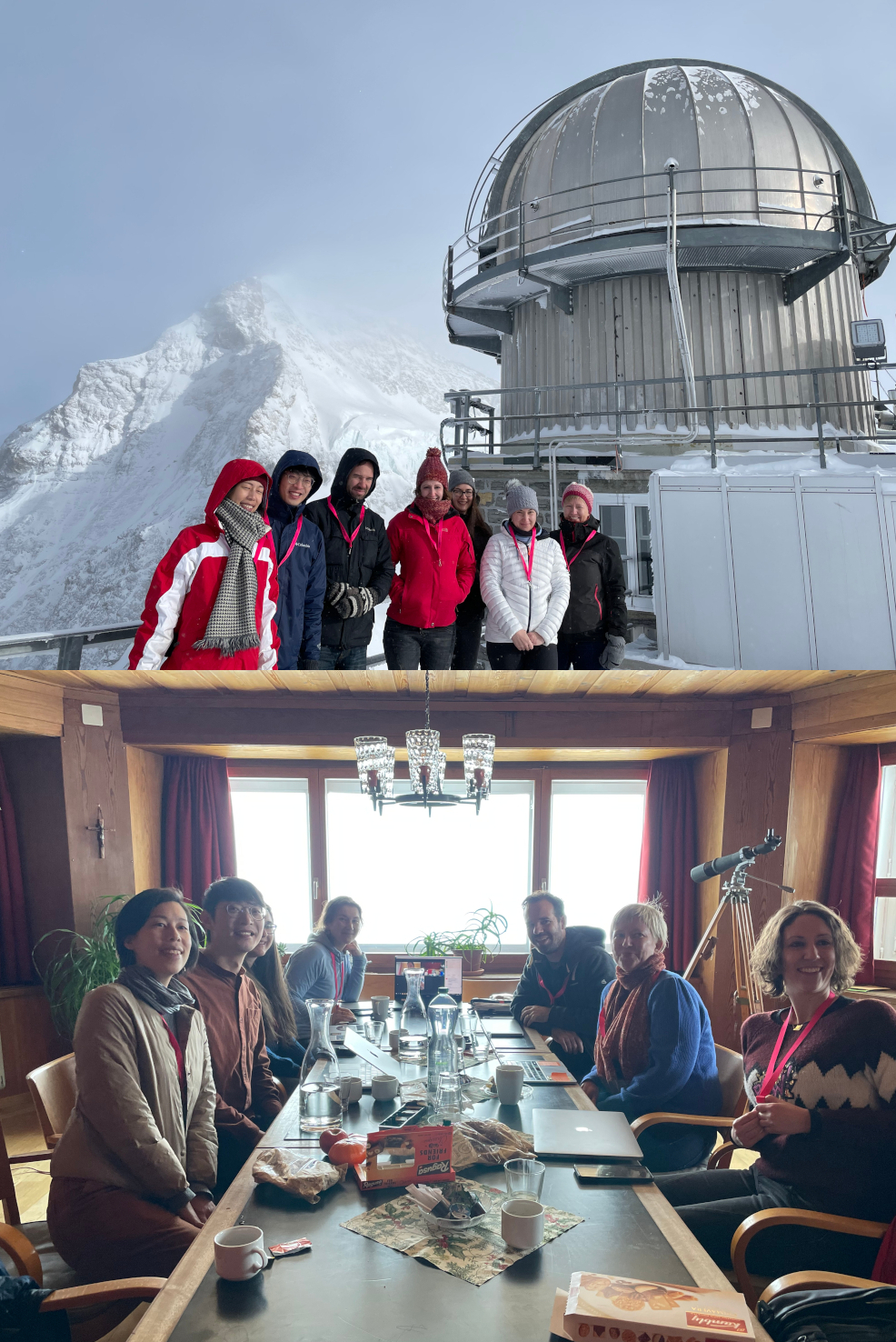